VBA360 provides access to a number of VBA services online, including:

eToolbox is the VBA’s secure online portal that helps plumbing practitioners to renew their registration or licence, and update personal details.

If you are having trouble using eToolbox, please contact the VBA.

Look up a compliance certificate

To check the details of a compliance certificate you will need:

Look up a compliance certificate in VBA360

Subscribe to our quarterly e-newsletter to stay up to date with news and information from the Victorian Building Authority.

Sunday, 30 July 2017
The VBA Proactive Inspection Program (PIP) visits buildings under construction, inspecting the work and engaging with building and plumbing practitioners about

The VBA Proactive Inspection Program (PIP) visits buildings under construction, inspecting the work and engaging with building and plumbing practitioners about: 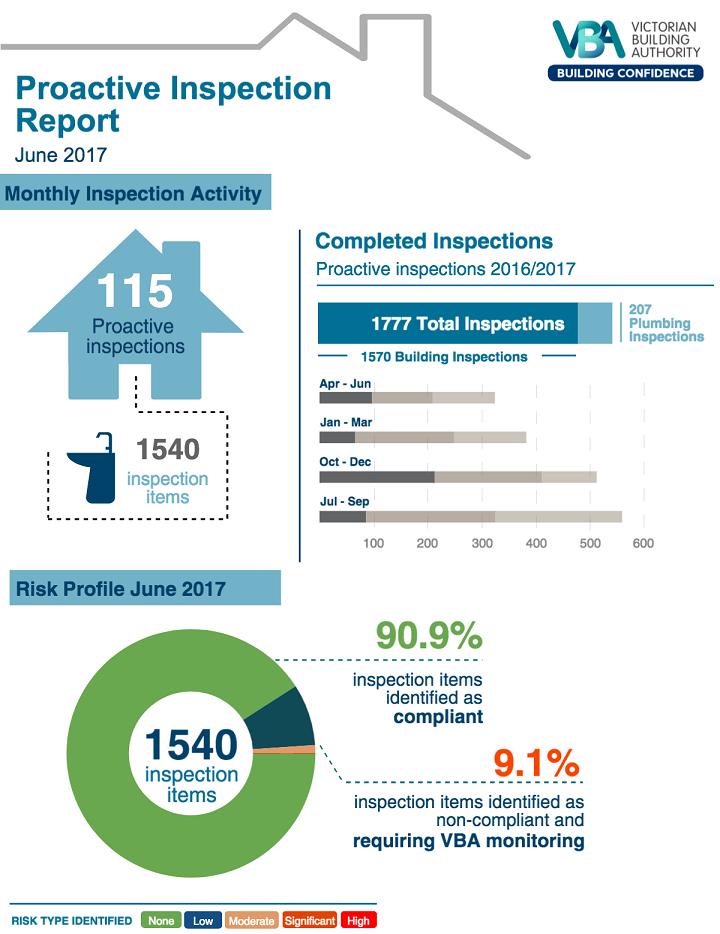 About the Monthly Activity Report

The objectives of this monthly report is to publish relevant information about VBA's Proactive Inspection Program, its findings and how the program is tracking against target objectives for the 2016/2017 financial year.

About the VBA Risk Based Approach

Based on the risk level identified during the site inspection, the VBA will engage both informally and formally with the relevant people involved in the project – including the builder, building surveyor, and other regulators – depending on the matters identified.

The following table provides the VBA's response according to the risk level: