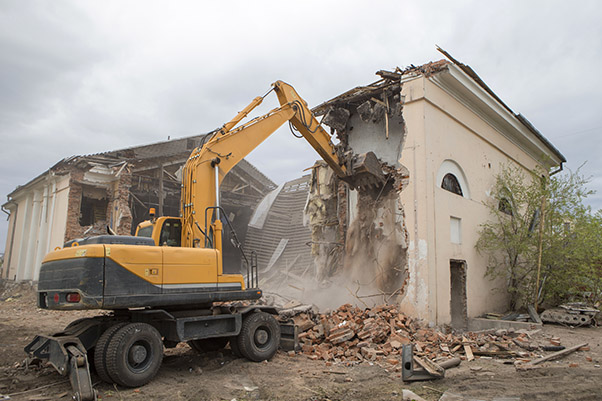 A tradesman who claimed to be a registered building demolisher has been convicted and fined $95,000 by the Dandenong Magistrates’ Court for illegally razing three houses in Melbourne’s south-eastern suburbs.

Badaoui Fares, 46, was found guilty on 7 November of seven charges relating to the illegal demolition of two houses in Springvale in 2013. He also pleaded guilty to illegally demolishing a third house – in Noble Park – in 2017 without holding a mandatory building permit.

In 2013, Mr Fares was engaged to demolish two houses in Springvale on the basis that he obtained the relevant building permits and held the required insurance. After agreeing to the conditions, Mr Fares applied for the building permits using a signature forged to look like the property owner’s and the name and business details of a registered building demolisher he had previously worked with.

Mr Fares never obtained the required building insurance, as he was unregistered and ineligible to do so; nor was he authorised in writing to apply for the building permits on behalf of the property owner.

During his testimony, Mr Fares tried to assert that he was not required to be registered with the Victorian Building Authority or have insurance, as he was only working as a subcontractor to the registered demolisher. He also claimed to have a written agreement to this effect but was unable to produce it.

During sentencing, Magistrate Brear said Mr Fares had acted against community interest in a very serious way by carrying out demolition work while unregistered and uninsured. He also said Mr Fares’ attitude demonstrated that he considered fines to be “an occupational cost of doing illegal business” because he was making a lot of money by claiming to have a demolition licence.

“Mr Fares knowingly applied for building permits in someone else’s name without permission. He deliberately provided false information to the relevant building surveyor. And he demolished three houses without being registered or insured,” Dr O’Brien said.

“His actions are fraudulent and unacceptable. The Victorian Building Authority will not stand by and allow people such as Mr Fares to place the reputation of Victoria’s building industry at risk.”