Thursday, 4 April 2019
Building permits worth more than $3.4 billion were issued in February, taking the value of all permits issued since the start of 2019 to $5.93 billion.

The figures were released by the Victorian Building Authority in its monthly update of building permit activity. 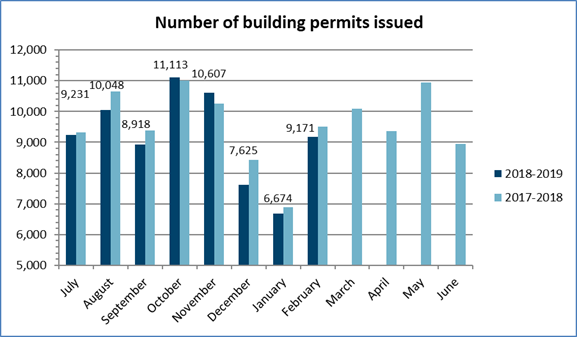 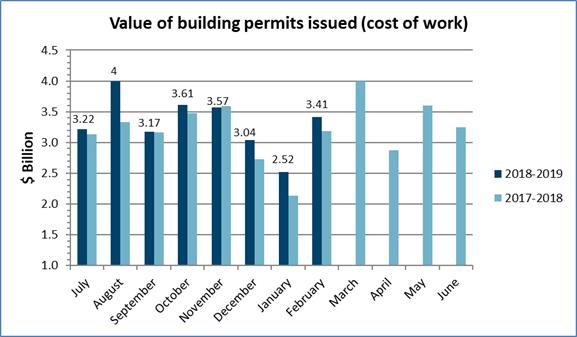 View key datasets and statistics about the VBA, including building permit summaries and activities.