Be prepared for inspections or have your wallet drained 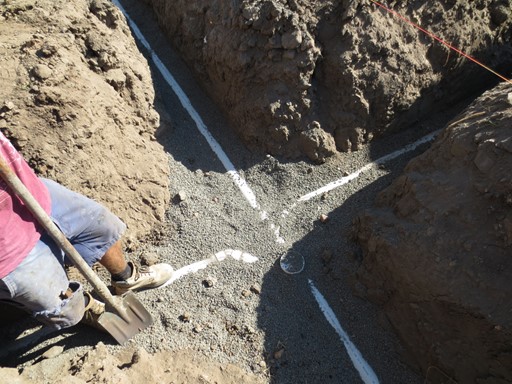 Victorian plumbers need to be prepared for drainage inspections or face a penalty of almost $500.

Data released today by the Victorian Building Authority (VBA) revealed that plumbers were either not ready for, or failed to show up to, one third of all below-ground sanitary drain inspections in the past two financial years.

The VBA’s Director of Inspections and Complaints, David Brockman, said a fine of $496 is issued when a plumber is late for an inspection, does not have the drain ready or doesn’t turn up at all.

“We expect plumbers to be vigilant with their booking times and to be more proactive with cancelling drains if they expect not to be ready for an inspection,” he said.

“It’s better to cancel if you don’t think you will be ready for the inspection, otherwise it will hit your hip-pocket.”

Mr Brockman said it is important that drainage is looked at during the building process, as a failure to run tests could result in leaks and sewage flowing into homes, creeks and waterways.

“Consumers could suffer the consequences of below-ground drainage not being inspected and this may mean a drain has to be dug back up after construction, resulting in added stress and substantial cost,” he said.

“We have issued more than 200 penalties since drainage infringements were introduced in 2019, and we hope this will prompt plumbers to take action to avoid getting fined and look after their customers.”

Tarneit, Werribee and Wyndham Vale were common locations where drains were not ready for inspection.

Of those inspected, 97 drains failed inspection, a failure rate of 7.2 per cent.

Despite the impacts of coronavirus, the VBA has continued to conduct plumbing audits and inspections. The VBA has conducted 217 drainage inspections so far in this financial year, of which 35 were not ready, a total of 16.13 per cent.

Of those inspected, 12 drains were non-compliant, a failure rate of 5.53 per cent.

Faulty drains can result in water and sewage leaks in properties, causing damage to homes and the environment.

Under reasonable circumstances, plumbers may cancel a below-ground sanitary drainage inspection booking on the same day by contacting the VBA Audit Scheduling Department up to one hour prior to the nominated booking time.