New Code to lift the standards of Victorian building surveyors 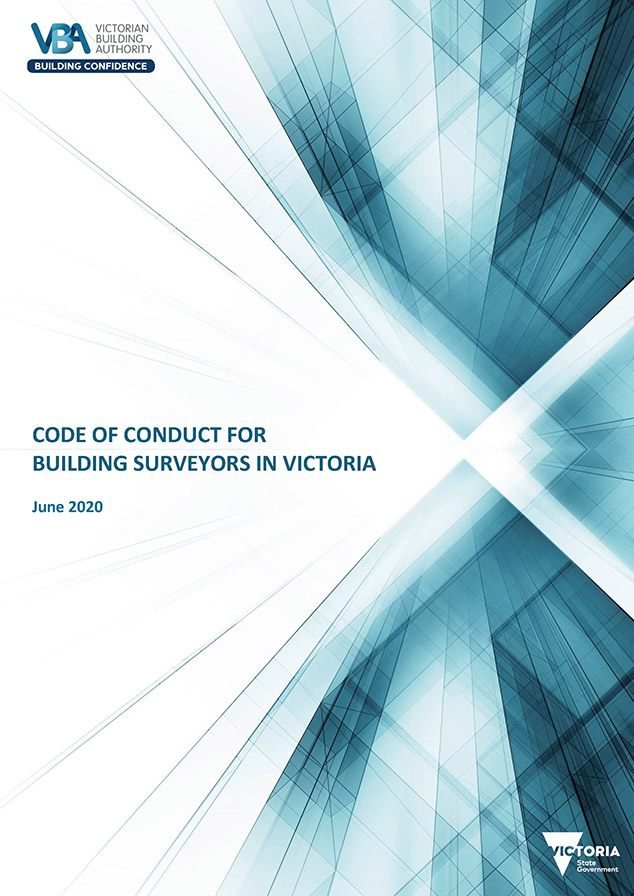 The Victorian Building Authority (VBA) is lifting the standards of conduct for building surveyors, boosting competency in the industry and driving behavioural changes that puts the safety of Victorians first.

The VBA’s State Building Surveyor, Andrew Cialini, has today released Victoria’s first Code of Conduct for Building Surveyors that will improve safety and oversight in the building industry.

The code has been developed in response to industry demand and was a key recommendation of the Building Confidence report by Professor Peter Shergold AC and Ms Bronwyn Weir.

The Shergold Weir Report made sweeping recommendations to improve the industry, including that each jurisdiction should put in place a code of conduct for building surveyors.

The code clearly sets out examples of inappropriate conduct and establishes eight key areas of professional conduct that building surveyors in Victoria must follow.

The code makes clear that building surveyors must act in the public interest, comply with the law, act with integrity and avoid conflicts of interest, such as involving themselves in the design process when they also perform statutory functions.

Mr Cialini said while the vast majority of building surveyors do the right thing, it was important that a code was established to provide more certainty for all industry players on acceptable behaviours and practices.

“The code will give clarity of expectations and accountabilities for the statutory role of building surveyors. The code’s principles put public safety and competence at the heart of the building industry,” Mr Cialini said.

“We’re lifting the standards, creating a level playing field and gaining a greater oversight of the building surveying profession.”

All building surveyors in Victoria will be required to comply with the code and any contravention may result in disciplinary action.

“Although education will form a strong platform for the introduction of the code, we will look to take enforcement action against those building surveyors who think they can flout the rules, resulting in compromised outcomes and endangered public safety.”

The VBA is preparing an education and training program to support the implementation of the new code.