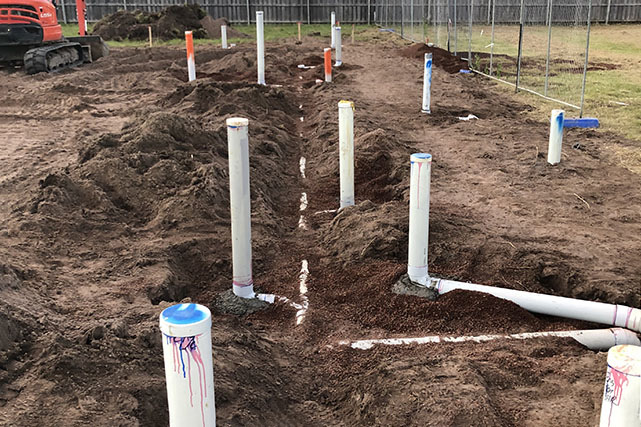 The Victorian Building Authority (VBA) is taking enforcement action against 12 people found to be illegally carrying out plumbing work on building sites across Gippsland.

The action comes after a week-long blitz that included targeted and random inspections across the region and saw more than 40 plumbers questioned.

The VBA will now prepare charges against the 12 unregistered and unlicensed persons, who were found working illegally on building sites in and around Sale and Bairnsdale.

They will be issued with a summons to appear in the Magistrates’ Court for breaching the Building Act at a later date.

Two other plumbers were issued warning letters by the VBA.

“VBA investigators identified a significant number of people carrying out regulated plumbing work who were neither registered nor licensed with the VBA,” said Mr Locke.

“Victorians rightly expect that plumbers who carry out this work are not only registered but have undertaken the necessary training.

“Plumbing work carried out by an unregistered or unlicensed person has the potential to pose significant safety risk,” Mr Locke said.

On-site inspections allow the VBA to identify plumbing faults and work with the plumber responsible to get them fixed before further site works limit or hinder access.

VBA investigators can also educate plumbers on the correct methods for laying and testing drains, ensuring plumbers actively learn from their mistakes and prevent them from happening again.

“This can be difficult, but in the end, faulty or non-compliant plumbing work reflects badly on the plumber, the industry and the VBA.”

Any further non-compliance may result in the plumber receiving an official warning or appearing before a VBA Plumbing Inquiry.

In recent weeks, VBA investigators have conducted a series of inspections, targeting building sites in central and north-eastern Victoria to reinforce the importance of registration and licensing in the industry.

“These inspections promote the VBA as an active regulator and show that we are here to help plumbers, not hinder them,” said Rosemary Martin, the VBA’s Director of Compliance and Enforcement.

“We urge every Victorian to check their plumber is registered or licensed with the VBA before getting them to start any work on their property.”

Visit vba.vic.gov.au/check to make sure your plumber is registered or licensed.

The maximum penalty for carrying out plumbing work while unregistered or unlicensed is $82,610.