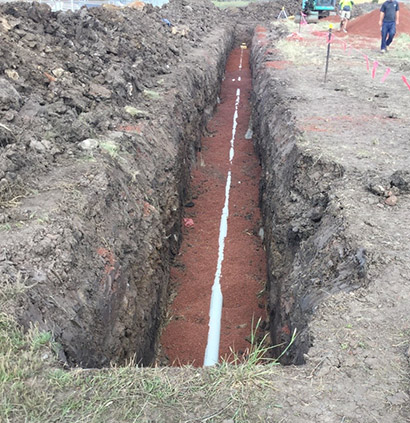 A man with no formal plumbing qualifications or training has been fined $500 for carrying out drainage work while unregistered and unlicensed.

Klo Doh Shoo Wai was found guilty in February of installing part of a below-ground sanitary drain at a site in Craigieburn without holding a registration or licence with the Victorian Building Authority (VBA).

When asked to show his Victorian plumbing licence, Mr Shoo Wai advised the inspectors that he was neither registered nor licensed with the VBA, nor completing any training or apprenticeship.

He later formally admitted to installing the section of drain.

Mr Shoo Wai was scheduled to appear in the Werribee Magistrates’ Court on 17 February but did not attend. The matter proceeded in his absence.

The VBA advises anyone looking to engage a plumber to check what work they are registered or licensed to do by going to vba.vic.gov.au/check.