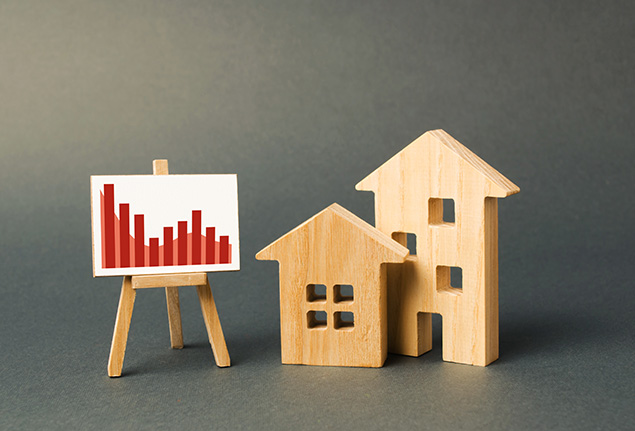 Victorians spent almost $38.3 billion on building work in 2019, pushing the dollar value of all reported permits to the second-highest total since records began.

With a cost of works of around $38.28 billion, the value of all Victorian building permits reported last year was 3.35 per cent lower than the record high of $39.61 billion set in 2018. The strong 2019 result coincides with a fall in the total number of permits to 101,988 – the lowest level in five years.

Housing once again fuelled the state’s building activity, accounting for 82 per cent of all permits and 60 per cent of the reported total dollar value for the calendar year. But despite the positive news, construction of houses and apartments – officially known as domestic building activity – fell sharply, with the number of permits sinking 11.5 per cent and the overall cost of works falling eight per cent.

Residential building activity covering hotels, motels and other accommodation such as student housing saw the number of permits rise marginally (up 10 to 804) compared to 2018, while the dollar value of the category increased by 12 per cent to finish the year at $1.745 billion. (From 1 July 2019, the VBA redefined domestic building use to include apartment buildings. Permits for apartment buildings received between 1 January and 30 June 2019 remain classified under the residential building use category.)

Victoria’s commercial building sector also saw strong investment, with the value of work surging 21.3 per cent to $6.44 billion – a record high, despite a five per cent fall in the number of reported permits.

Across the state, building activity slowed in all regions except North Central, which reported a near two per cent increase in permits. Gippsland, North Central and North West regions also recorded modest increases in costs of work – $10.3 million, $36.1 million and $67 million respectively.

In metropolitan Melbourne, 11 municipalities reported building works of at least $1 billion, with the cities of Melbourne ($6.15 billion), Wyndham ($2.34 billion) and Monash ($1.53 billion) ranking as the top three.

Other key breakdowns reveal a substantial change in the hospital and healthcare category. The total value of permits fell sharply from $1.15 billion in 2018 to $776.3 million in 2019, while the number of permits remained largely static (up six to 522).

The 2019 building permit activity data was released by the Victorian Building Authority.