We’ve got you covered: The VBA exceeds 10,000 proactive inspections 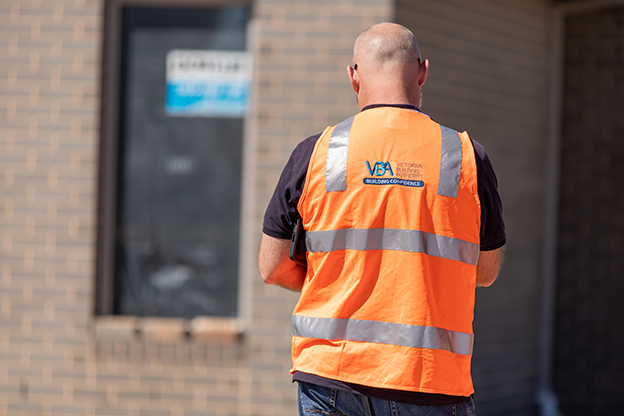 The Victorian Building Authority (VBA) has completed more than 10,000 proactive inspections of building and plumbing work in just over ten months.

It is the first time the program has exceeded 10,000 proactive inspections in any financial year.

The VBA’s chief executive, Sue Eddy, said the achievement demonstrated a fundamental shift in the Authority’s oversight of building and plumbing work.

“The VBA is now far more visible on building and construction sites across Victoria,” said Ms Eddy. “We have shifted our focus and resources to identify issues early on, so we can prevent or reduce them, rather than take action once things have gone wrong.”

The inspectors’ purpose is to identify poor-quality work and ensure it is fixed before work proceeds to the next building stage, or sites are handed over to home and business owners.

In 2018, the VBA was directed to proactively inspect 10 per cent of newly permitted building work in Victoria. In response, the VBA began progressively increasing its proactive inspections activity on building sites across the state.

In 2018–19, the VBA completed 8318 inspections, nearly tripling the inspections total for the previous financial year.

The VBA has met the 10 per cent inspections target every month since May 2019.

Seven per cent of the 10,000 sites inspected by PIP between July 2019 and May 2020 are commercial or large-scale premises. The VBA will increase its proactive presence on these sites in the coming months.