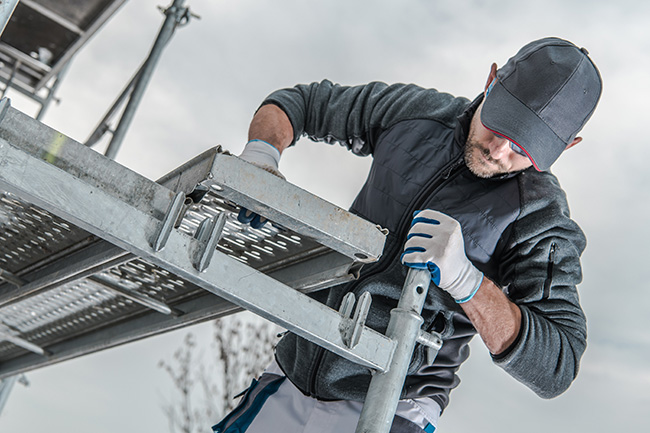 The Victorian Building Authority (VBA) has taken swift action to have work on a construction site halted to prevent a tragedy taking place.

The VBA was carrying out an inspection of a site in Preston yesterday when a number of safety breaches were identified, which, if not found, had the potential to lead to serious injuries.

Upon arriving on site, a VBA Inspector found two workers on the roof of the double-storey townhouse development without any protective measures in place to prevent falls.

Two workers were observed not wearing face coverings. The VBA has referred this to Victoria Police as a potential breach of the Chief Health Officer’s directions.

The plumbing work being carried out on site was being done by unlicensed persons, which has the potential to result in serious plumbing issues and added stress and costs for the building owners.

The VBA Inspector also found that there was no builder on site to supervise the other work being carried out.

The stairwell voids to the second storey had no fall protection, and makeshift planks were installed for plasterers, in addition to ladders not being fixed and not fit for purpose, risking the safety of the site.

During the inspection the VBA observed that the scaffolding was missing vital safety elements, including safety rails and kick boards. Rubbish and materials on the site also posed a serious safety risk to workers.

The VBA Inspector notified Worksafe Victoria of the OH&S issues – which resulted in all work at the site being immediately halted until it was made safe.

The VBA’s Executive Director of Operations Lynda McAlary-Smith said this was an example of the VBA working closely with its enforcement partners to keep Victorians safe.

“We work closely with WorkSafe Victoria to ensure we can quickly respond to any issue on sites around the state to keep people safe.”

The risks posed by someone carrying out plumbing work while unlicensed are serious. They could mean costly repairs later down the track and possibly result in someone being hurt.

“Cutting corners to save money in the short term isn’t worth it. A split-second decision could result in serious injury, or worse,” Ms McAlary-Smith said.

Both the VBA’s investigation and WorkSafe inquiries are ongoing.