Cladding: A defining (and troubling) marker of the decade 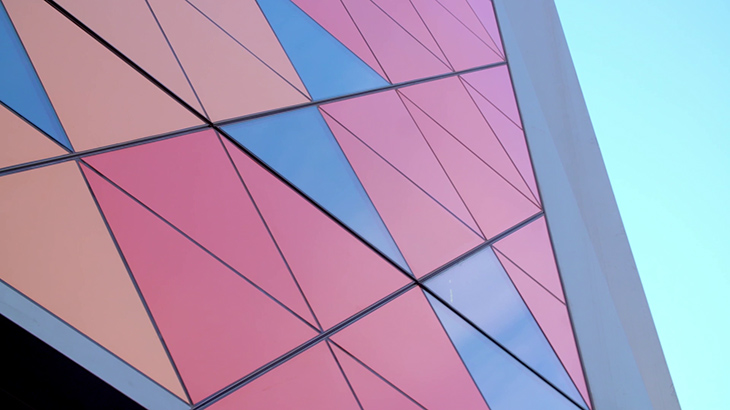 The presence of non-compliant external wall cladding on apartment buildings, multi-storey residential buildings, hospitals, schools and aged-care facilities has been a defining and troubling marker of the decade, as well as a catalyst for major regulatory change.

Five years ago, a smouldering cigarette sparked a fire that raced up 14 floors of the Lacrosse tower building in Docklands. Fuelled by non-compliant external wall cladding, the speed and intensity of the fire shocked the construction industry and kickstarted one of the largest public safety programs in Victorian building history.

The subsequent tragedy of London’s Grenfell Tower fire in June 2017 further highlighted the global challenges industry – and regulators – would face when coming to terms with the fire risks associated with combustible cladding.

Today, jurisdictions around the world are grappling with the enormous challenges of identifying and rectifying non-compliant exterior cladding systems.

Given the complexity and scale of the task at hand – and the very real need to maintain public safety – it is reasonable to expect this work will span well into the next decade.

Victoria’s systematic approach to identifying and mitigating the public safety risk of combustible cladding is now passing the two-year mark.

Over the same period, almost 1300 building assessments have been completed to evaluate the danger to life and property arising from fire safety issues associated with combustible cladding, exit risks and poorly maintained or inoperable essential safety measures (ESMs).

The VBA continues to work with many stakeholders on this important project and calls on industry to refer properties of concern to the Statewide Cladding Audit.

In November 2017, the Victorian Government, through the VBA, established the Statewide Cladding Audit, with the express aim of increasing the safety of building occupants by reducing the fire risk of buildings found to have combustible cladding. Two years on, the VBA remains heavily invested in identifying buildings with heightened fire risk and advising residents on managing that risk until longer-term rectification can occur.

Two years of audits have exposed multiple failures – in buildings, in regulation and in industry.

Initial analysis indicates performance solutions have been used to meet the relevant performance requirements of the National Construction Code, namely CP1 (structural stability during fire), CP2 (elements to avoid the spread of fire) and DP4 (exits to allow safe evacuation).

While the auditing process continues, the VBA has begun identifying, investigating and taking disciplinary action against the registered building practitioners involved with these buildings.

The selection of sites and practitioners who are the subject of disciplinary action is determined by a range of factors, including a building’s construction history, the number and severity of identified building defects, the outcomes of fire safety assessments, whether there has been a cladding fire or evacuation, and the number of problematic sites a given practitioner has been associated with.

The availability of accurate information, difficulty of investigation and the passage of time, however, means it is not possible or necessary to take disciplinary action against every practitioner involved in the design and construction of buildings with non-compliant cladding or fire systems, or indeed to investigate every such building for disciplinary purposes.

Analysis of information collected so far through the Statewide Cladding Audit has enabled the VBA to conclude that approximately 70 practitioners have been repeatedly involved with buildings found to present significant fire safety risks.

Action to hold this relatively small group of the industry to account for their involvement has commenced and will continue vigorously in 2020, while architects will be referred to the Architects Registration Board for its attention.

It is anticipated that such investigations and enforcement activity will increase in the coming year.

The VBA has consistently argued that external cladding used on buildings identified as posing a heightened fire safety risk did not comply with the NCC at the time of construction. Several practitioners have challenged this position – with little success.

The objective of taking disciplinary action is multifaceted. It holds practitioners to account, encourages them to learn and improve their craft, provides the public with a record of disciplinary outcomes and deters other practitioners from making the same mistakes.

For their part, practitioners are given every reasonable opportunity to respond and co-operate with the VBA during the show cause process. This means all disciplinary action is conducted in a fair and transparent manner.

In some cases, the VBA will issue significant fines, and either suspend or cancel a practitioner’s registration.

The VBA’s ultimate goal is to improve outcomes for building owners and occupiers by raising the standard of conduct and professionalism across the industry. New partnerships and the launch of ongoing industry training in 2020 will go some way towards directly addressing systemic shortcomings in pockets of the industry to ensure a fit-for-purpose built environment.

Of course, two years into the Statewide Cladding Audit, it is fitting to remember that the Grenfell Tower fire of June 2017 became a catalyst for direct action around the world.

Six weeks ago, on 30 October 2019, the Grenfell Tower Inquiry: Phase 1 Report was released.

The report stated that the fire – which started in a kitchen on the fourth floor of the building – was of relatively modest size and should have been contained within the confines of Flat 16. But investigators believe the fire escaped from the kitchen into the external cladding envelope of the building within minutes of it starting.

The fire most likely entered the Tower’s cladding as a result of hot smoke impinging on the unplasticised polyvinyl chloride window jamb, causing it to deform and collapse, thereby providing an opening into the cavity between the insulation and the aluminium composite material (ACM) panels used as an exterior cladding through which flames and hot gases could pass.

The ACM panels were found to be the principal reason behind the rapid spread of flames up and around the building.

At the same time, several key fire protection measures inside the tower had failed, allowing the fire to spread with little difficulty.

While not the focus of the Phase 1 Report, the Inquiry’s Chairman, Sir Martin Moore-Bick, said it would be an “affront to common sense” to suggest the external walls of Grenfell Tower complied with the requirements of the UK’s building regulations.

He ultimately concluded that instead of resisting the spread of fire, the cladding system on the exterior of Grenfell Tower actively “promoted it”, with devastating results.