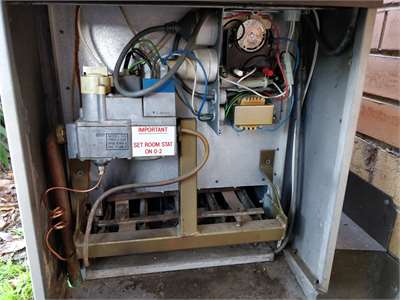 A man who illegally serviced gas appliances without the appropriate registration or licence has been convicted and fined $4000 by the Broadmeadows Magistrates’ Court.

Mustafa Pehlivan was found guilty in February of carrying out specialist gasfitting work without being registered or licensed with the Victorian Building Authority (VBA).

The VBA investigated Mr Pehlivan’s actions after receiving a complaint from a homeowner in Pascoe Vale who had hired him to service their ducted gas heater.

Mr Pehlivan illegally serviced the unit in May 2018 before persuading the homeowner that the heater’s thermocouple needed replacement. The owner agreed to the additional work, and Mr Pehlivan replaced the component when he was not qualified or trained to do so.

Mr Pehlivan’s work was defective and dangerous, forcing the homeowner to spend $180 on initial rectification work and a further $2650 to install a new ducted heating unit.

Mr Pehlivan did not appear in court, and the matter proceeded in his absence. He was convicted and fined $4000 and ordered to pay costs of $1160.

The VBA’s Director of Inspections and Complaints, David Brockman, said the case was a clear reminder of the need to check a plumber’s registration or licence before engaging their services.

“Mr Pehlivan was previously licensed with the VBA for four years, so he was well aware that plumbers need to be registered or licensed in Victoria,” said Mr Brockman. “His previous accreditation did not allow him to carry out any gasfitting work, including the servicing of Type A gas appliances – and he would know that.”

Mr Pehlivan must disclose his conviction to the VBA if he re-applies for any class of plumbing registration or licence.

The VBA advises anyone looking to engage a plumber to check what work they are registered or licensed to do by going to vba.vic.gov.au/check.